A new report “Asia-Pacific Online Payment Methods: Second Half 2017” has been released by yStats.com, a leading secondary market research organization based in Hamburg, Germany. The publication summarizes the recent developments in digital payments across this region and unveils the payment preferences of online shoppers in 10 markets. According to the report’s findings, E-Wallet is the leading payment method used by digital buyers in Asia-Pacific, outranking payment cards and bank transfers.

E-Wallets such as Alipay, WeChat Pay and Paytm accounted for close to one-half of E-Commerce sales in Asia-Pacific in 2017, according to research findings contained in the yStats.com’s report. These third-party online and mobile payment services have gained significant popularity in China and India, and are also growing in use across Southeast Asia. While remaining the leading online payment method in Japan, South Korea and Australia, payment cards accounted for just above one-quarter of online retail sales in the region, as the contribution from the emerging markets has grown.

Digital wallets not only dominate the E-Commerce landscape, but are also transforming the way tech-savvy consumers in Asia make payments in their daily lives. According to a recent survey cited in the yStats.com’s report, E-Wallet was the second most frequently used payment method overall in Asia in 2017, ranking behind cash only and sharing the second place with physical payments by credit card. In China, mobile payment apps are catching up with cash payments in usage by connected consumers, with in-store payment transactions conducted via QR code scanning growing at high double-digit rates every quarter. Even in Japan, where cash still dominates overall retail payments, the potential for in-store mobile payments is high, as around one-half of smartphone owners who do not yet use QR code-based payments could imagine doing so in the future.

India has shown some interesting developments in digital payments following the 2016 demonetization. Close to one-half of online shoppers had reported switching from cash on delivery to online payment methods post-demonetization, according to a survey from 2017 cited by yStats.com. As a result, bank cards and E-Wallets have become the leading online payment methods in India, with the latter seeing the highest growth rates among the non-cash payment methods in fiscal year ending March 2017. Some other emerging markets in Asia-Pacific are yet to embrace innovative payment methods, such as Indonesia and Vietnam, where ATM transfers and cash on delivery remain ahead of card and E-Wallet payments in E-Commerce. 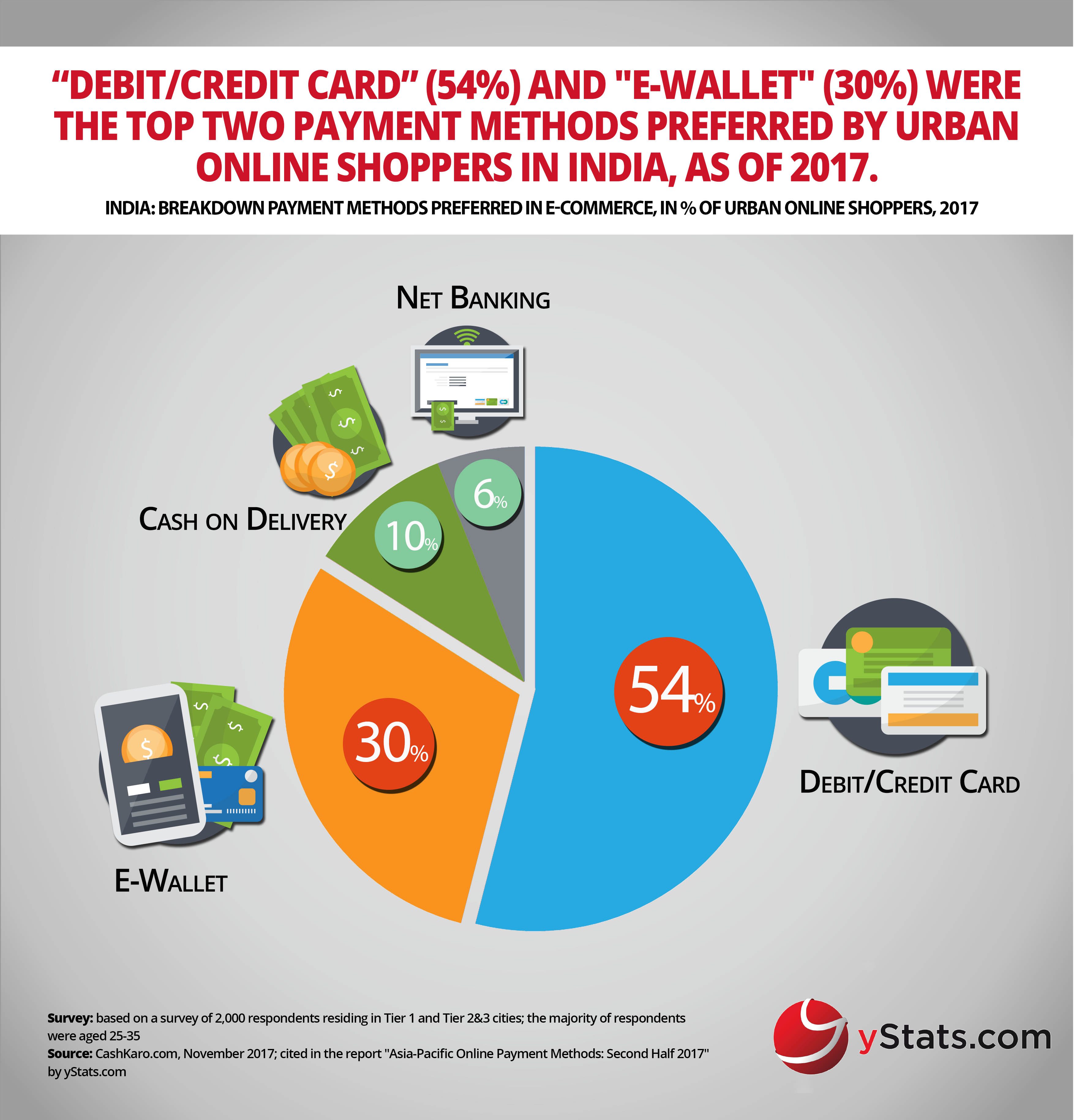