yStats.com: The number of Google Pay users is rising worldwide

Hamburg-based secondary market research company yStats.com, specialized in E-Commerce and Payment market intelligence, has released a new publication entitled “Google Pay Profile 2019”. According to their research findings, the number of Google Pay’s users is on the rise with a double-digit growth rate projected through 2020. The profile sheds light on the service’s main features and cites the latest statistics on Google Pay’s usage.

Google Pay catches up with competition

Google Pay is projected to see double-digit growth in number of users through 2020, according to a forecast cited by yStats.com. By that year, it is expected to catch up with Samsung Pay in terms of the global users. On the other hand, both wallets remain behind Apple Pay’s contactless payment usage figures. In addition to the two equipment maker pay apps, Google Pay also faces fierce competition from the growing number of emerging mobile wallets offered by financial institutions, merchants and equipment manufacturers. To distinguish itself from the rivals, Google re-branded its mobile payment service in 2018, uniting Android Pay and Google Wallet and offering a better integration with other Google products. 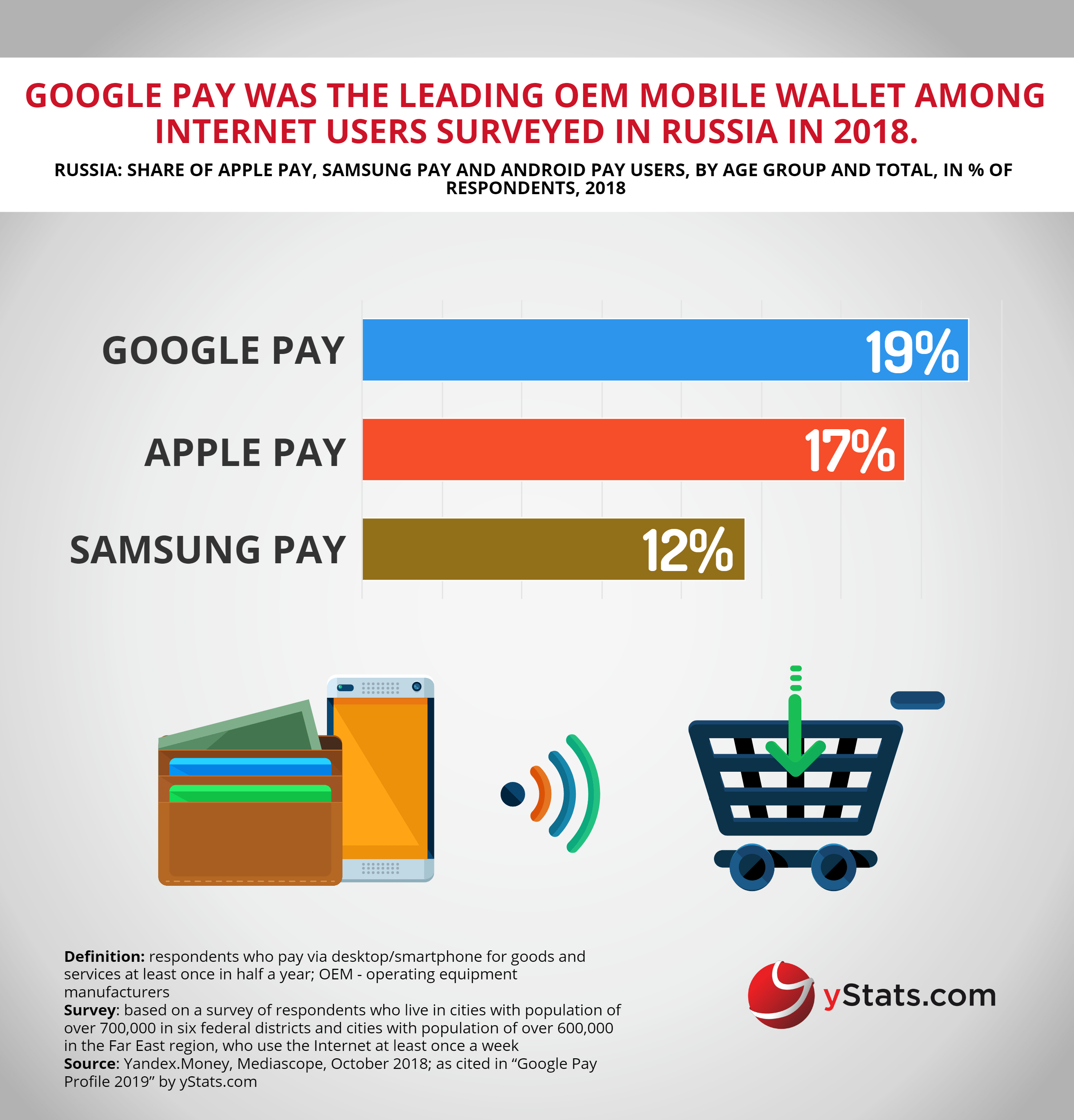 Recent surveys and other statistics cited by ySatts.com indicate growing usage of Google Pay across multiple payment channels, such as online shopping websites and apps, in-store payments and peer-to-peer transfers. In addition, Google Pay is expanding its geographical presence, already reaching nearly 30 markets across five global regions. In Europe and the USA, Google Pay was used in a single-digit percentage of online shopping transactions in 2018, while in Australia it ranked fourth among the top mobile payment services used in-store.