Germany-based secondary market research provider yStats.com has released a new report “South Korea B2C E-Commerce Market 2019”. According to the report’s findings, advanced infrastructure and tech-savvy consumers are expected to propel South Korea from the fifth to the third rank among the world’s top online retail markets by 2023.

Currently the fifth largest market worldwide in terms of B2C E-Commerce sales, South Korea boasts an advanced digital and logistics infrastructure and one of the world’s largest online shares of total retail sales. Despite this level of maturity, digital commerce sales in South Korea are still growing at double-digit rates, spurred by mobile and cross-border shopping trends. According to one projection cited in the yStats.com report, at this rate South Korea could overtake Japan and the UK to become the third largest B2C E-Commerce market in the world by 2023, surpassed by China and the USA only.

M-Commerce increases its share of online sales in South Korea 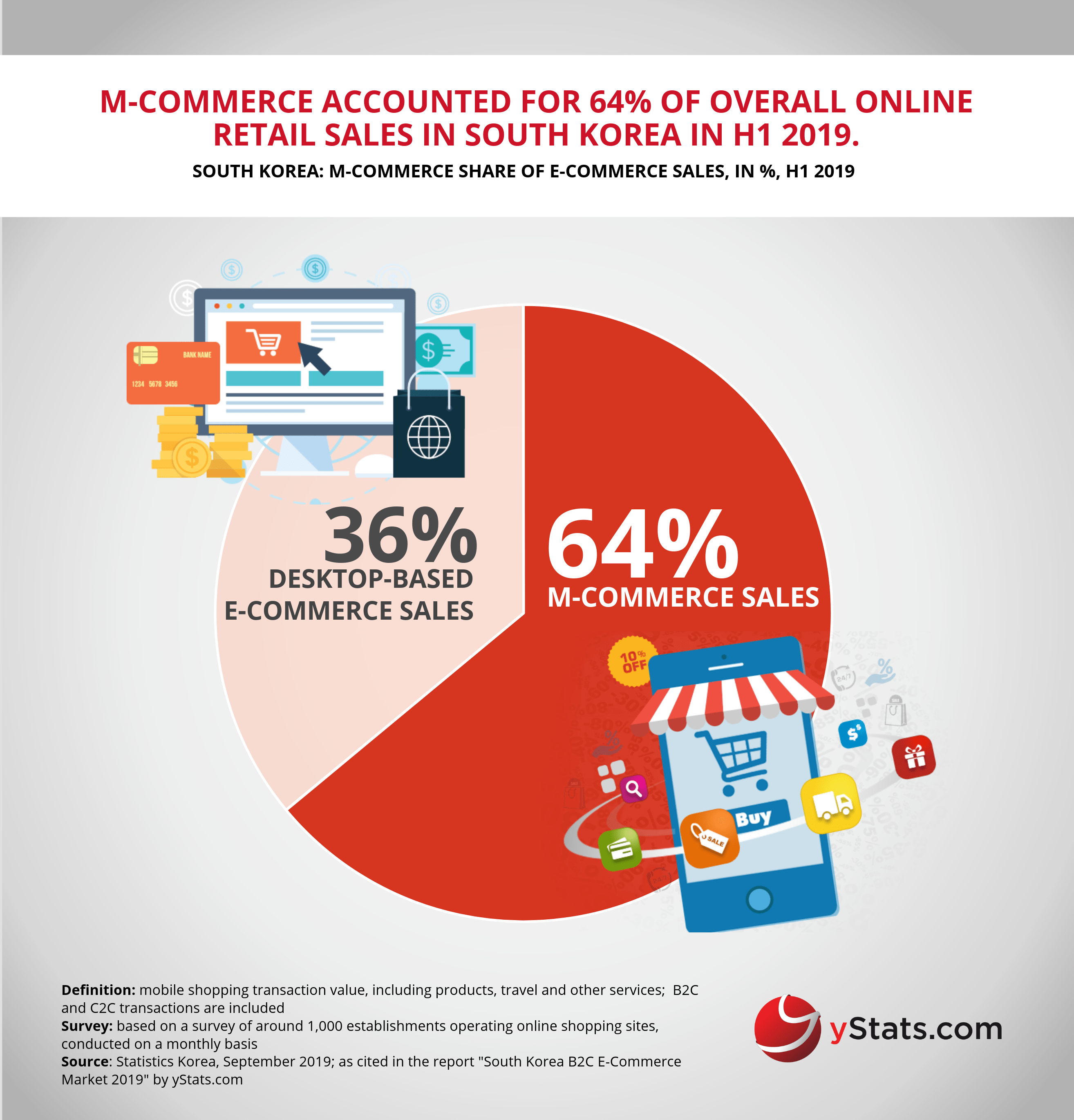 South Korea has one of the world’s most tech-savvy consumers, with mobile shoppers outnumbering PC-based buyers, according to the latest data included in the yStats.com report. The M-Commerce share of online sales has surpassed the 50% market several years ago and is still climbing up. Another rising trend is overseas shopping. While only just above a quarter of digital buyers in South Korea make purchases on foreign websites, their number is expected to rise as more global E-Commerce players target this robust market.

The competition in South Korean E-Commerce is heating up. Coupang has gained market leadership, growing by more than 60% in 2018, partially due to investments in expedited delivery services. Other prominent market players include eBay Korea’s Gmarket and Auction, SK Telecom’s 11st, TMON and WeMakePrice.