“Singapore B2C E-Commerce Market 2018” is a new report published by a leading secondary market research firm yStats.com, based in Hamburg, Germany. The report reveals the key online retail trends in Singapore and points to expectations of continued sales growth. According to surveys cited in the publication, the shopping behavior of connected consumers in Singapore are becoming increasingly omnichannel, as mobile devices are used to digitally research products while in-store and place orders at home on E-Commerce marketplaces for pick-up at the store.

Singapore was Southeast Asia’s third largest B2C E-Commerce market in 2017. Although smaller in population size than its neighbors, Singapore has a higher propensity to shop online and larger online spending per consumer than any other Southeast Asian nation, according to market data cited in the yStats.com report. Through 2021, the compound annual growth rate of B2C E-Commerce sales is projected to be lower than in other countries of the region, but nevertheless in double-digits.

The rise of mobile shopping is one of the top drivers of E-Commerce growth in Singapore. With nine in ten Internet users going online via smartphones in 2017, almost three-quarters of traffic to E-Commerce websites in this country is mobile. Many online shoppers in Singapore prefer to make digital purchases via mobile phones, although desktop still dominates larger value orders. Furthermore, mobile devices create a link between online and offline retail spaces, as consumers engage in omnichannel behaviors such as researching products on their phones while in-store, according to surveys cited in the yStats.com report. Following this trend, some of Singapore’s leading online merchants seek to offer more convenient omnichannel options to their customers, such as order online and pickup from store. 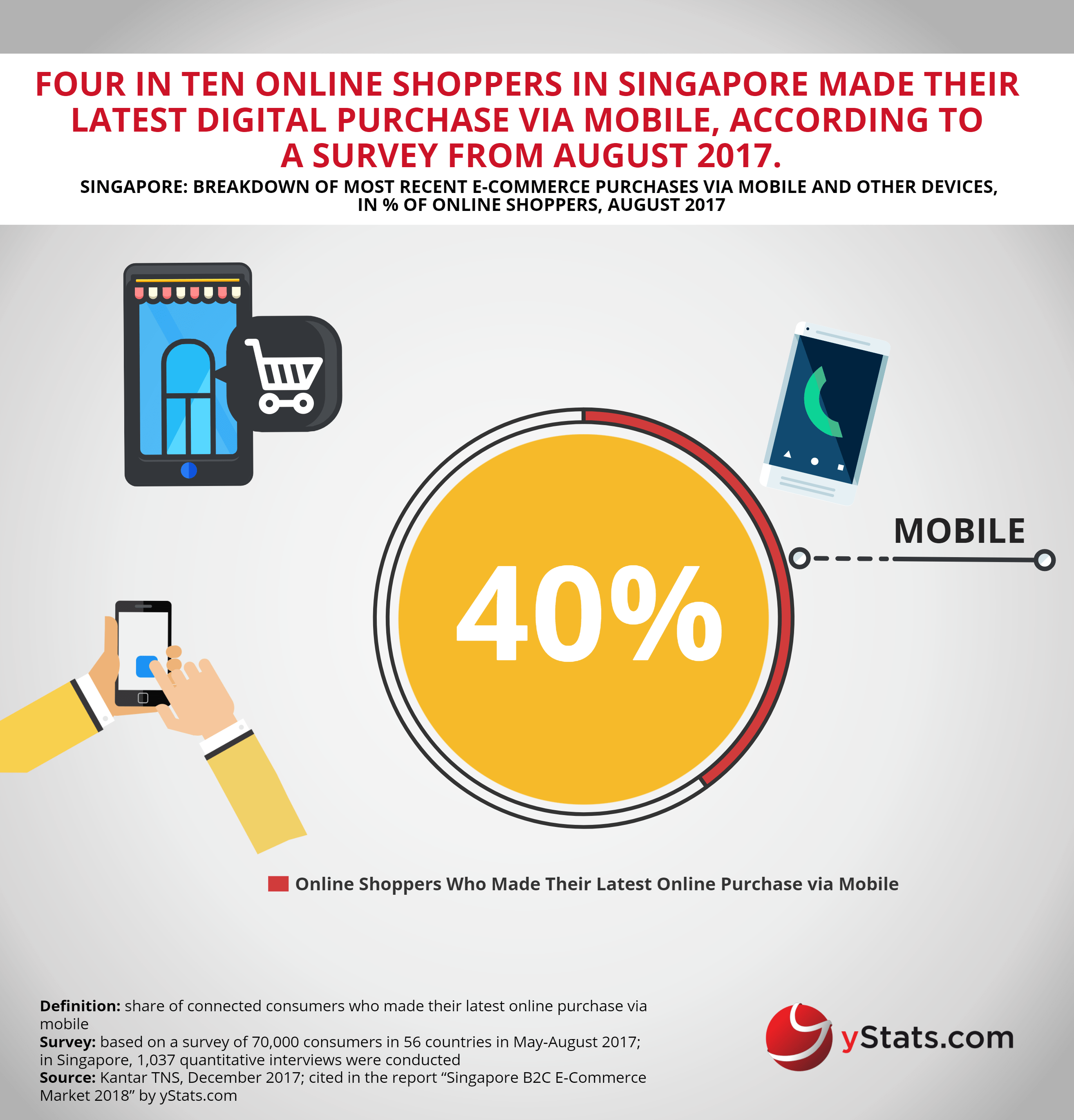 The competition on the B2C E-Commerce scene is intense, featuring major regional and international players such as Alibaba’s Lazada, Qoo10 of Giosis Group and Amazon. The latter entered the local market in 2017 with the launch of Amazon Prime. A loyalty membership program called LiveUp was also launched by Lazada, while Giosis aims to increase its GMV over the next two years and conduct an IPO.