A detailed profile of the mobile wallet service “Samsung Pay Profile 2019” has been published by Germany-based secondary market research firm yStats.com. The profile reveals the key facts and figures about Samsung Pay, describes the range of available features and cites a projection that Samsung Pay users could reach a nine-digit figure by 2020.

Samsung Pay available in a growing number of countries

Less than four years since launch, Samsung Pay has grown its availability and user base to cover selected markets in six global regions. Latest figures cited in the yStats.com report reveal that Samsung Pay surpassed the 1-billion milestone in terms of the number of transactions and is headed towards more growth. Between 2018 and 2020, the number of Samsung Pay users worldwide is projected to nearly double, reaching a nine-digit figure. In addition to the growing user base, Samsung Pay is also expanding the range of features available to current users, which varies by country. 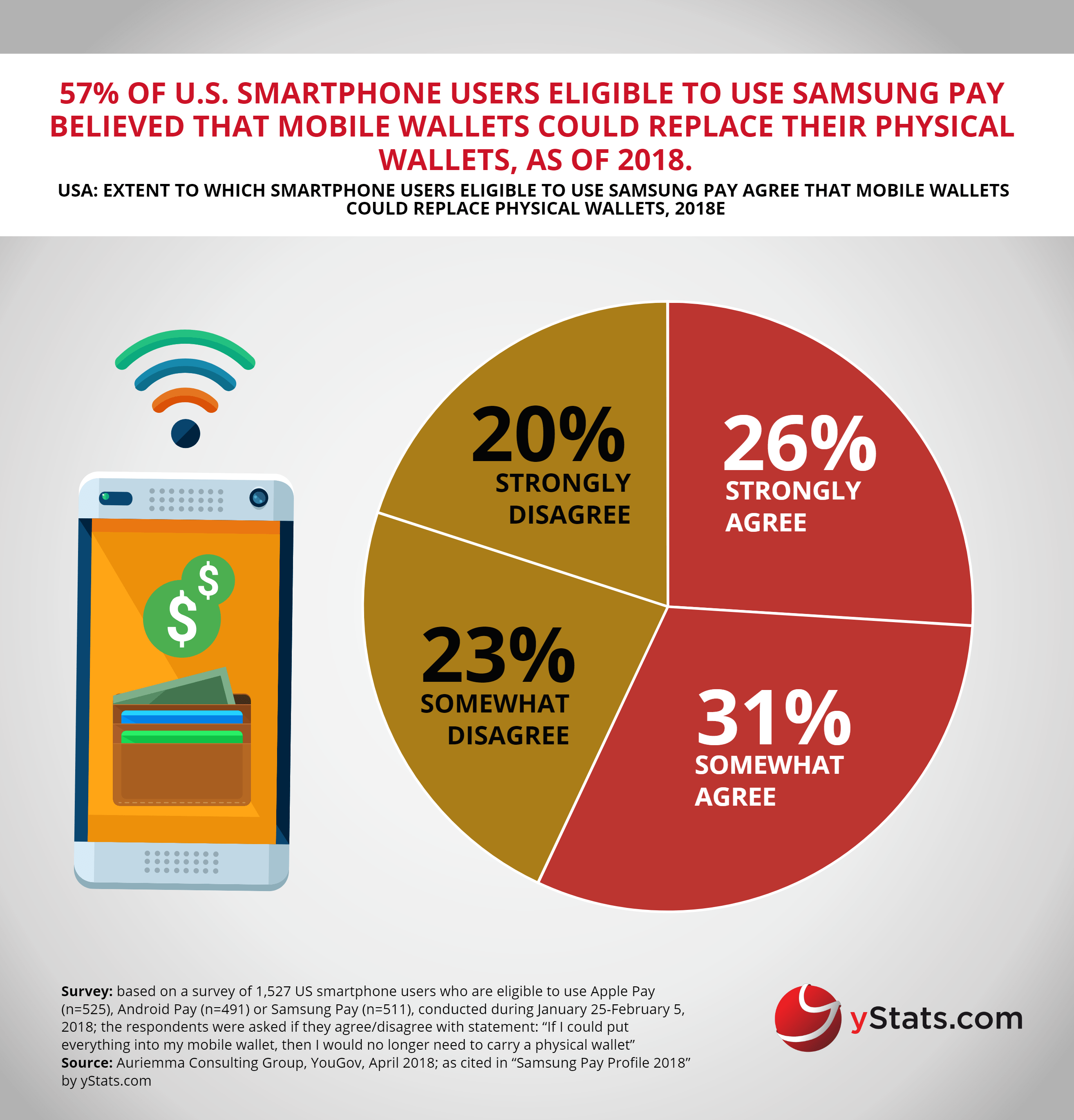 In South Korea, Samsung Pay was the leading mobile wallet in terms of cumulative transaction value in 2018, the yStats.com research reveals. However, in both domestic and international markets Samsung Pay faces growing competition from the increasing number of mobile payment services. In the U.S., Samsung Pay ranks behind PayPal, Apple Pay and Google Pay for in-store payment usage, and in Australia it is also outpaced by tap and pay solutions offered by the leading banks. In Russia, Samsung Pay is most popular among 25-34 year-olds, and in the UK more digital buyers plan to start using the service in the future.