Germany-based online business research company yStats.com has published a new report “Southeast Asia B2C E-Commerce Market 2019” which offers a review as a well as a projection of online retail traffic in the region.  The report includes findings of rapid growth of E-Commerce, thanks to the spread of Internet connectivity, particularly through smartphones, as well as the high occurrence of social media shopping.  The region has its local online retail merchants struggling to maintain their market share as global E-Commerce leaders move in

Indonesia, the fourth most populous nation in the world, leads the Southeast Asia region in online retail sales volume and is among the leaders in year over year sales growth. One factor contributing to Indonesia’s continued leadership and online retail sales growth is the expansion of smartphones to connect to the Internet. Well over half of all Internet purchases in Indonesia last year were made through a mobile device. The other regional leaders are Vietnam and Thailand, with Vietnam’s rapid growth leading to its sales overtaking its neighbor this year or next, according to projections included in the yStats.com report.

The fastest growing market in the region and one of the world’s leaders in online retail sales growth is the Philippines, as the population of this multi-island nation connects to the Internet through mobile device and begins to make purchases online. The rapidly increasing penetration of Internet connections through smartphone is taking place in most nations in the region other than Singapore, which the yStats.com report points out was already a mature E-Commerce market and where computers still prevail in online shopping. Another trend in online commerce in the developing nations of the region is social commerce, as social media sites in some nations are a leading pathway to purchases. Seven out of eight social media users in Thailand made a purchase through social site in one month early this year 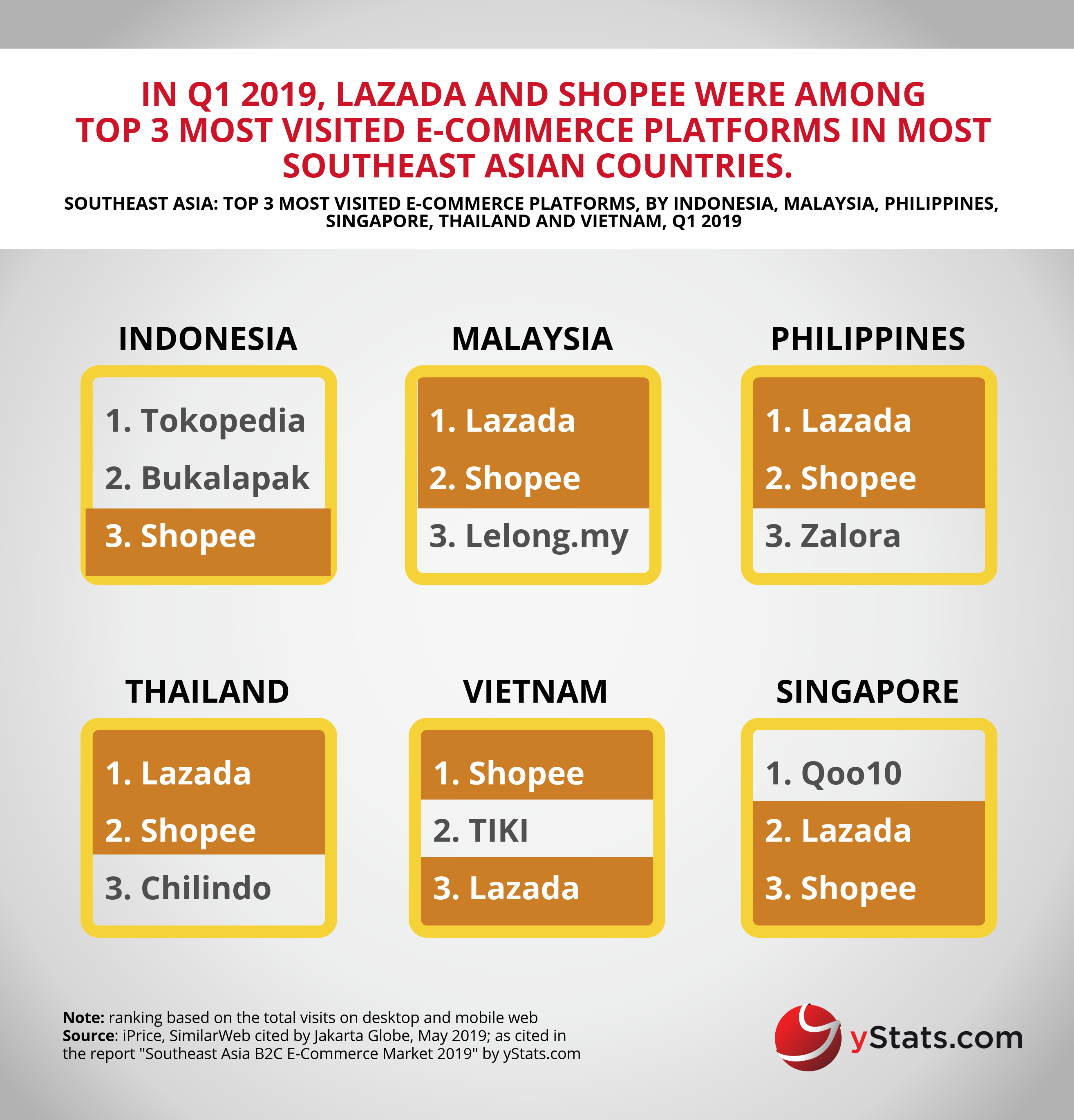 Southeast Asia has its own leading online merchants, as Singapore-based Lazada and Shopee are among the top destinations for online shoppers in most nations of the region.  The yStats.com report also tells of local B2C E-Commence leaders in some nations, such as Tokopedia in Indonesia and Lelong in the Philippines.  China-based global online retailers Alibaba and JD.com are expanding their offerings in the fast-growing Southeast Asia region by partnering with local or regional merchants.