Germany-based secondary market research company yStats.com has published a new report about the world’s second largest region in B2C E-Commerce sales. The publication, titled “North America B2C E-Commerce Market 2015,” reveals that Canada is expected to outpace the USA in B2C E-Commerce growth, but the USA is still predicted to account for the lion’s share of the region’s sales.

North America was the world’s second largest B2C E-Commerce market in 2014. In the next few years, this region’s share of global B2C E-Commerce sales is predicted to decline slightly, primarily due to the expanding share of the faster growing Asia-Pacific region. In 2015, B2C E-Commerce sales in North America are predicted to rise by a small double-digit percentage, with the USA still accounting for more than 90% of the pie. The USA is reported to be more advanced than Canada both in online shopper penetration and in B2C E-Commerce’s share of total retail sales. Consequently, Canada is forecasted to slightly lead the USA in terms of B2C E-Commerce’s growth rate through 2019, as yStats.com’s report shows. 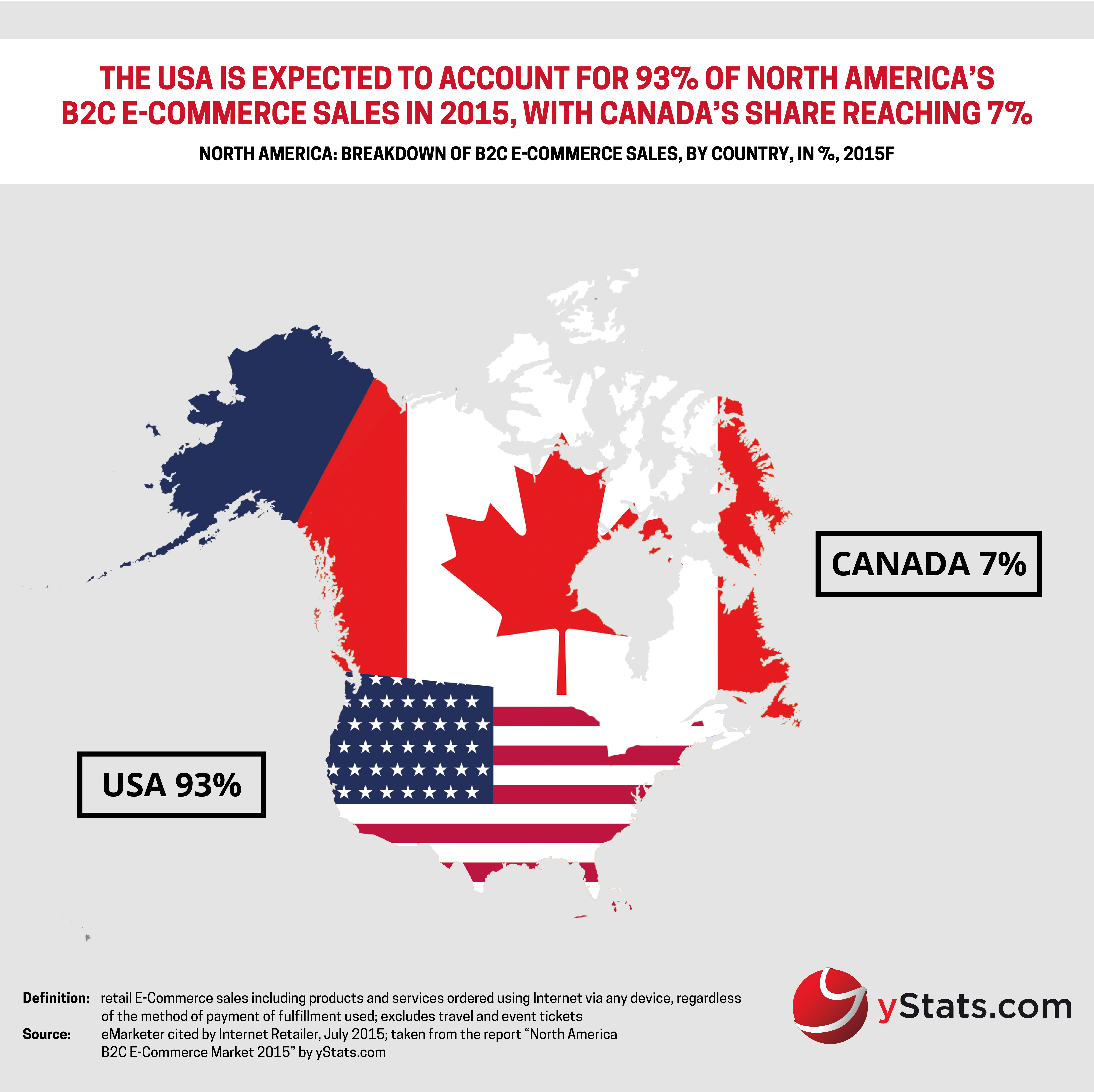 Another finding of yStats.com’s report is that the rise of M-Commerce and omnichannel retail is an important trend both in the USA and in Canada. U.S. M-Commerce sales are projected to be dominated by sales generated through tablets, while in Canada mobile browsers were ahead of applications in terms of usage for mobile shopping at the end of 2014. In Canada, cross-border online shopping is also significant, though its importance is expected to somewhat lessen as the Canadian currency has weakened with respect to the U.S. dollar.

Regarding B2C E-Commerce players, the USA is home to some of the world’s largest companies in terms of online retail sales and U.S. merchants dominate in both domestic and the Canadian markets. Amazon.com is the leader in both countries, with a double-digit market share, according to yStats.com’s new report. In order to compete with Amazon, some major U.S. retailers, including Wal-Mart and Target, heavily invest in expanding their E-Commerce capabilities. Nevertheless, online pure-plays remain at the forefront of the B2C E-Commerce’s growth in North America.