New report from yStats.com: B2C E-Commerce sales in the Philippines to take off

“Philippines B2C E-Commerce Market 2018” is the title of a new publication released by Germany-based secondary market research company yStats.com. The report tells of expected growth in online retail sales, driven by higher Internet penetration rate and wider adoption of the online shopping practice. Challenges to E-Commerce acceleration are also highlighted, which government’s projects and investments from major retailers and online marketplaces could help to overcome.

Despite having the second largest population in the region, Philippine B2C E-Commerce sales were the lowest among Southeast Asia’s six major economies in 2017. Only around 1% of the country’s total retail sales are online, according to estimates cited in the yStats.com report. The main barriers to a wider adoption of online shopping include underdeveloped infrastructure, a low credit card penetration rate and lack of consumer trust in E-Commerce. As these challenges are gradually overcome, B2C E-Commerce sales in the Philippines are projected to take off, rising at double-digit rates through 2021.

Increasing Internet penetration is a major driver, as a higher share of the country’s growing population gains access to E-Commerce sites and mobile applications. The government also encourages the development of the digital sector through various initiatives, while in the private sector, the country’s major store-based retail groups and online marketplaces invest in boosting their E-Commerce capacities. M-Commerce is projected to see the fastest growth. Already in 2017, mobile devices accounted for around three-quarters of overall traffic to E-Commerce websites in the Philippines. Some of the top product categories purchased via mobile devices include fashion and accessories, electronics and travel, according to sources cited by yStats.com. 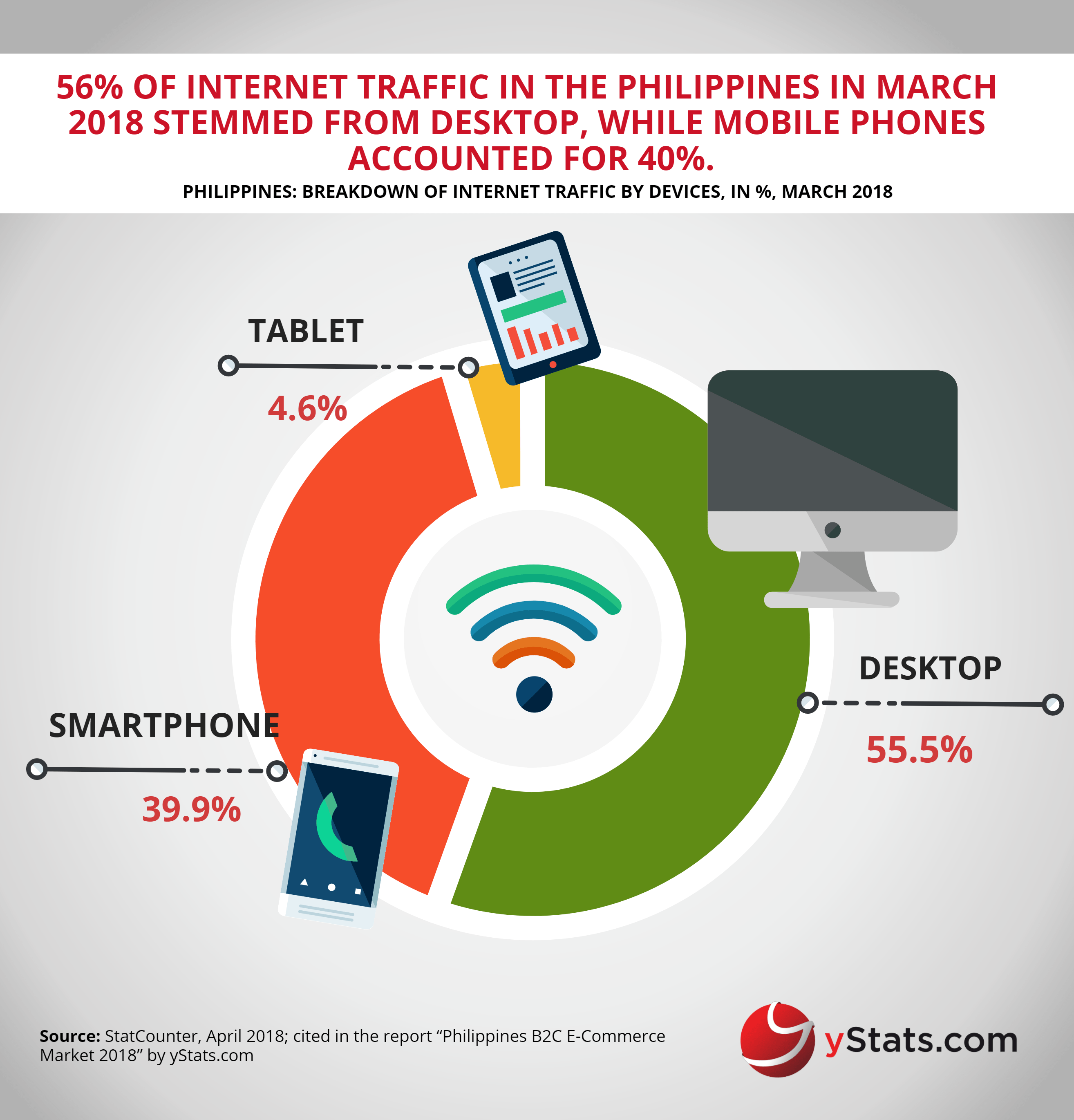 The leading online shopping destination in the Philippines as of early 2018 is Lazada, a Southeast Asian online retailer and marketplace, majority stake-owned by Alibaba Group. Another popular E-Commerce website is Shopee Philippines, operated by Sea Ltd., headquartered in Singapore. Among locally based players, some of the major company conglomerates including JG Summit Holdings and Ayala Group also tap into E-Commerce growth with their investments into online pure-play firms.