“Western Europe B2C E-Commerce Market 2016” is the title of the new report published by secondary market research firm yStats.com, based in Hamburg, Germany. The report reveals that although Western Europe is predicted to lose one percentage point of its share of global B2C E-Commerce within the next few years, it remains one of the world leaders in online retail sales.

Western European markets are advanced in terms of Internet and online shopper penetration. In 2015, 8 countries in this region had Internet penetration of above 90% of the population and 4 had online shopper penetration of above 80% of Internet users. Moreover, the report by yStats.com shows that in countries such as Germany and the Netherlands, B2C E-Commerce already accounts for a high one-digit share of total retail sales, and in the UK this share reaches a double-digit number and is one of the highest worldwide. Due to this fact, the majority of B2C E-Commerce markets in Western Europe are projected to see only moderate growth rates in B2C E-Commerce sales in the coming years, though still outpacing general retail significantly. 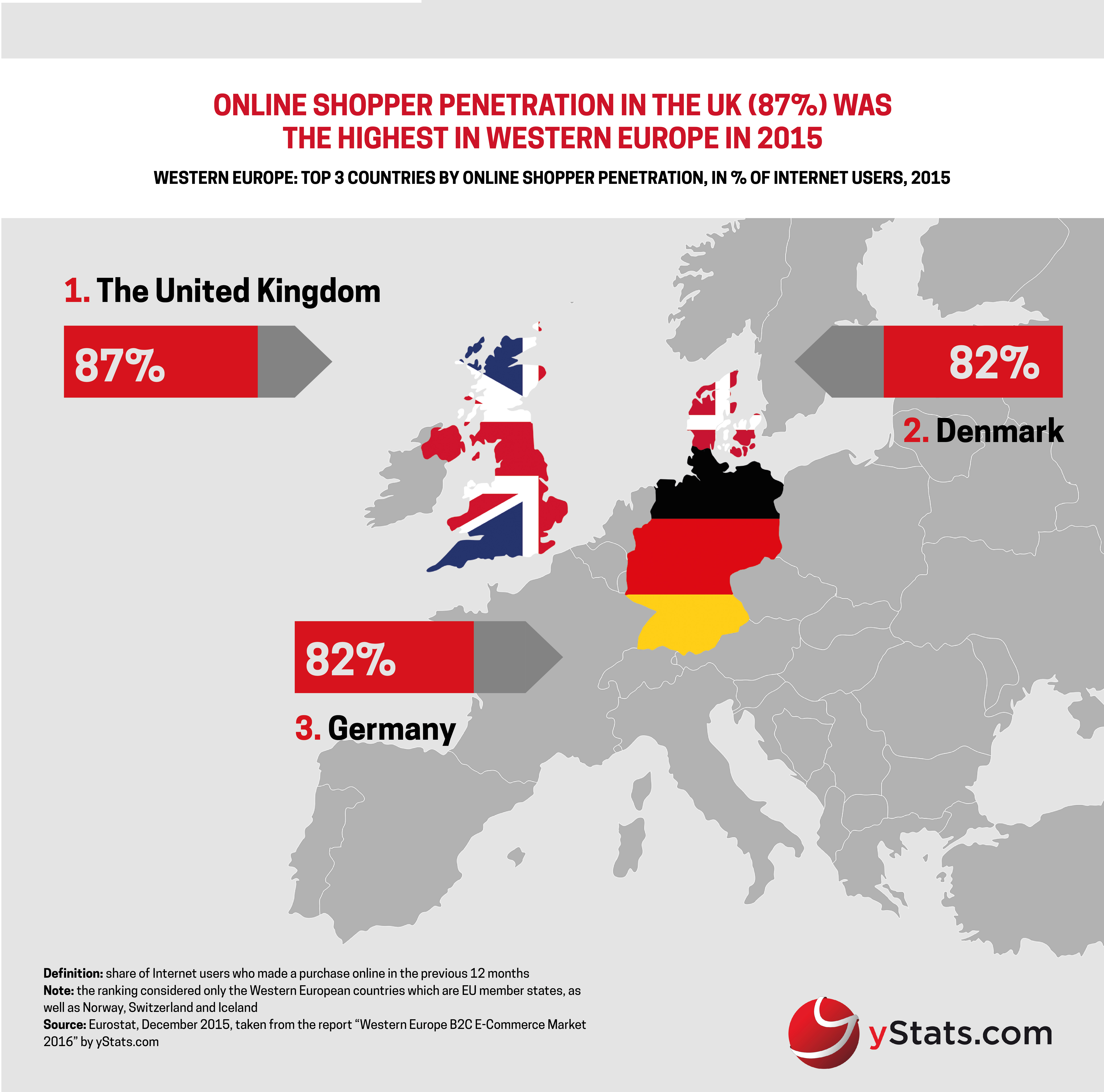 Among the most prominent B2C E-Commerce market trends in Western Europe are the rise of mobile shopping and omnichannel retail. Consumers in these countries are increasingly using multiple devices and locations to make purchases. For example, in Italy the mobile share of total online retail sales is predicted to more than double between 2014 and 2017, according to yStats.com’s research findings. A marked example of the omnichannel trend is the growing popularity of the click-and-collect option, especially in the UK, where it was used by over two thirds of online shoppers in 2015.

A number of international companies have established themselves as market leaders in Western European B2C E-Commerce. Amazon continues to hold the leading position in almost all major markets in the region, in terms of sales, website visitors or both, as shown in yStats.com’s report. Other pan-European leaders include Germany-based Otto Group and Zalando, while France-based Cdiscount and UK-based Tesco generate significant sales and website traffic in their respective domestic markets. Furthermore, Chinese E-Commerce Websites Alibaba and Aliexpress are gaining popularity among Western European online shoppers, already finding place among the top online shopping destinations in Spain.