Asia-Pacific is the world leader when it comes to the adoption of mobile payments. In 2019, more than one in two smartphone users in this region are expected to make contactless mobile payments in-store, according to a forecast cited in the yStats.com report. The number of mobile wallets in China from providers such as Alipay and WeChat Pay surpassed half a billion people in 2017 and is projected to remain on the growth path through 2022. Another fast growing market for mobile wallets in Asia-Pacific is India. The value of mobile wallet transactions is projected to more than double between 2018 and 2021, benefitting the top competitors such as Paytm and PhonePe.

Local mobile wallet solutions are growing across the region 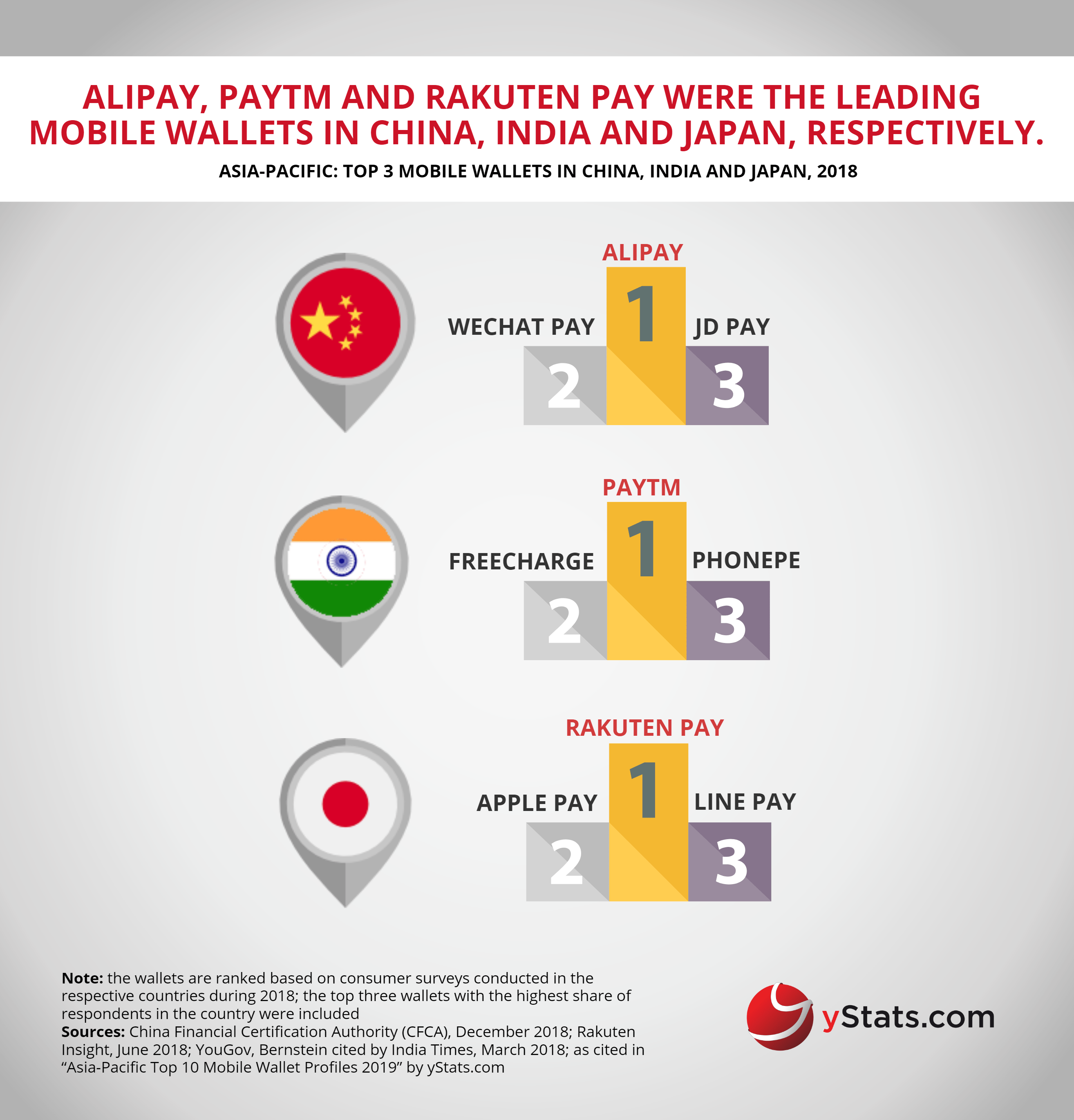 Japan has lagged behind the countries such as China, India and South Korea in terms of mobile wallet adoption, but has shown some improvement in the recent years, as reported in yStats.com’s publication. The number of QR-based wallet users in this country is projected to see strong double-digit growth rates through 2021 and companies such as Rakuten, LINE, SoftBank and Yahoo! Japan have already embarked on this emerging opportunity. Furthermore, the ASEAN countries are also gradually adopting digital wallets. The trend is championed by popular ride-hailing services such as GrabTaxi and GO-JEK, which both launched their own mobile wallets.