A new publication by Germany-based secondary market research firm yStats.com, “Thailand B2C E-Commerce Market 2015”, describes the current state, trends and prospects of the online shopping market in Thailand. The report reveals that despite currently ranking fifth in terms of Internet penetration in Southeast Asia, Thailand has the potential to become the second largest online retail market in this fast growing region.

As B2C E-Commerce in Thailand accounts for less than 1% of total retail sales in the country, online retailing there still has a long way to grow. Thailand’s Internet penetration of less than a quarter of the population, below that of four out of six major markets in Southeast Asia, indicates that there is significant room for growth in numbers of Internet users and online shoppers. Along with an increase in Internet penetration, strengthening trust in online payments and quicker and more convenient delivery options could also spur B2C E-Commerce growth in Thailand. Some primary sources suggest that Thailand has the potential to become the second largest B2C E-Commerce market in Southeast Asia, behind Indonesia.

Thailand was one of the leaders in Asia-Pacific in mobile shopper penetration in 2014 and was ahead of most other countries in Southeast Asia by share of digital buyers making online purchases cross-border. One further important trend is social commerce. With around 30 million users in Thailand, Facebook is a leading channel to research product information prior to an online purchase and to share experiences after the purchase. 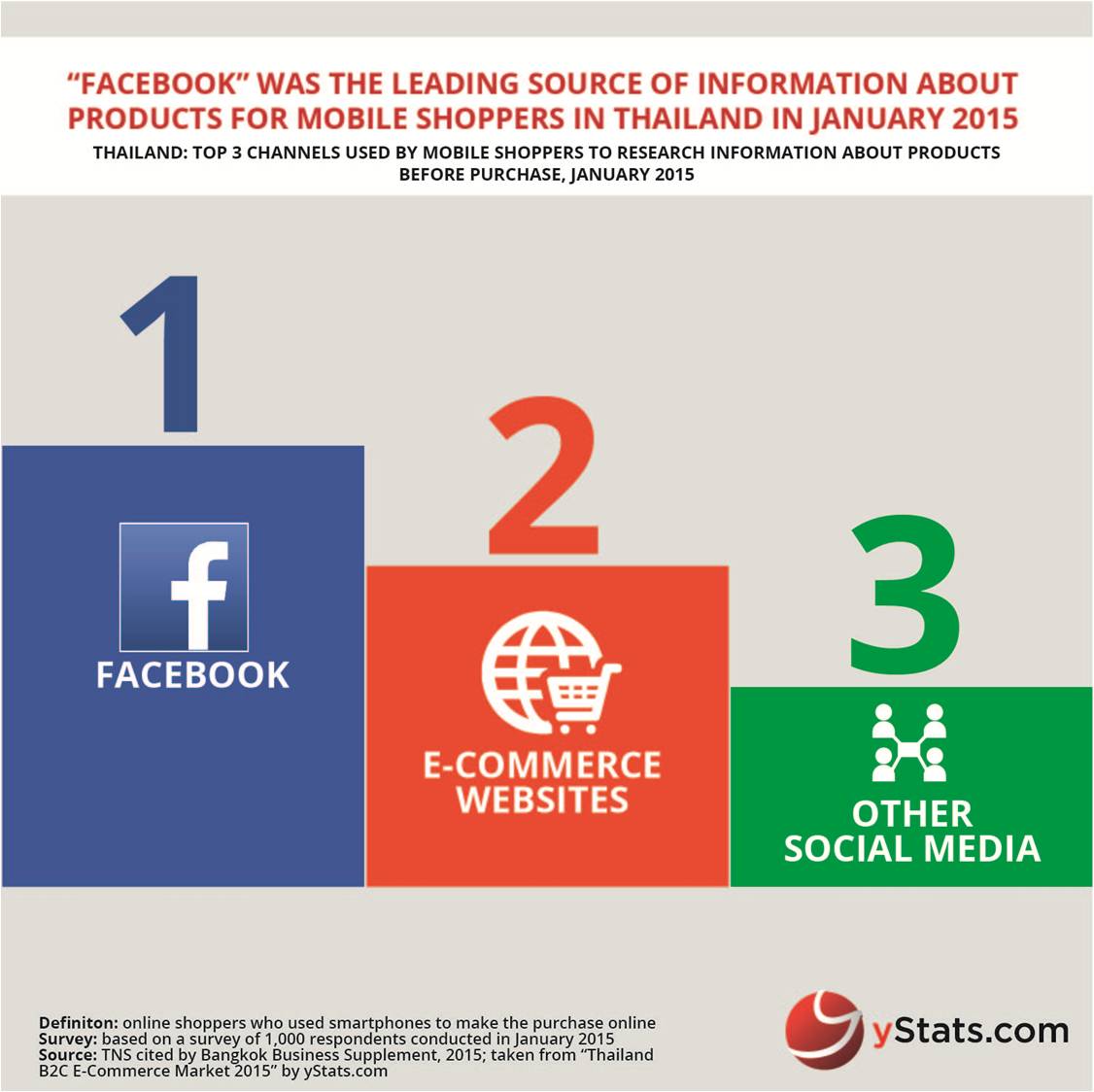 The competition landscape on the E-Commerce market in Thailand includes regional and global players, as well as store-based retailers. Among local websites, the most visited were Southeast Asian online retailer and marketplace Lazada and online classifieds website Kaidee which recently joined forces with OLX. International marketplaces, such as Aliexpress.com, are also popular online shopping destinations for consumers in Thailand. An emerging player is Japan-based messenger LINE, which planned to launch an online grocery delivery service in Thailand to compete with that of store-based retailers such as Tesco Lotus.