“Malaysia B2C E-Commerce Market 2017” is a new market report released by yStats.com, an international E-Commerce business intelligence firm based in Hamburg, Germany. The report synthesizes recent market statistics, forecasts and surveys from various sources and reveals among other findings that the online retail market in Malaysia is projected to grow more slowly than most other Southeast Asian nations through 2025. The country’s government has launched several initiatives aimed at doubling this growth rate.

B2C E-Commerce sales account for just above 1% of the total retail market in Malaysia, according to the findings of this new report by yStats.com. Through 2025, this number is projected to quintuple due to online sales outpacing store-based retail by a large margin. Nevertheless, Malaysia’s predicted B2C E -Commerce sales growth rate lags behind multiple other markets in the region such as Indonesia, Vietnam, Philippines, and Thailand. With the aim of doubling this growth rate, the Malaysian government launched a strategic roadmap for E-Commerce and rolled out several initiatives in partnership with the private sector. 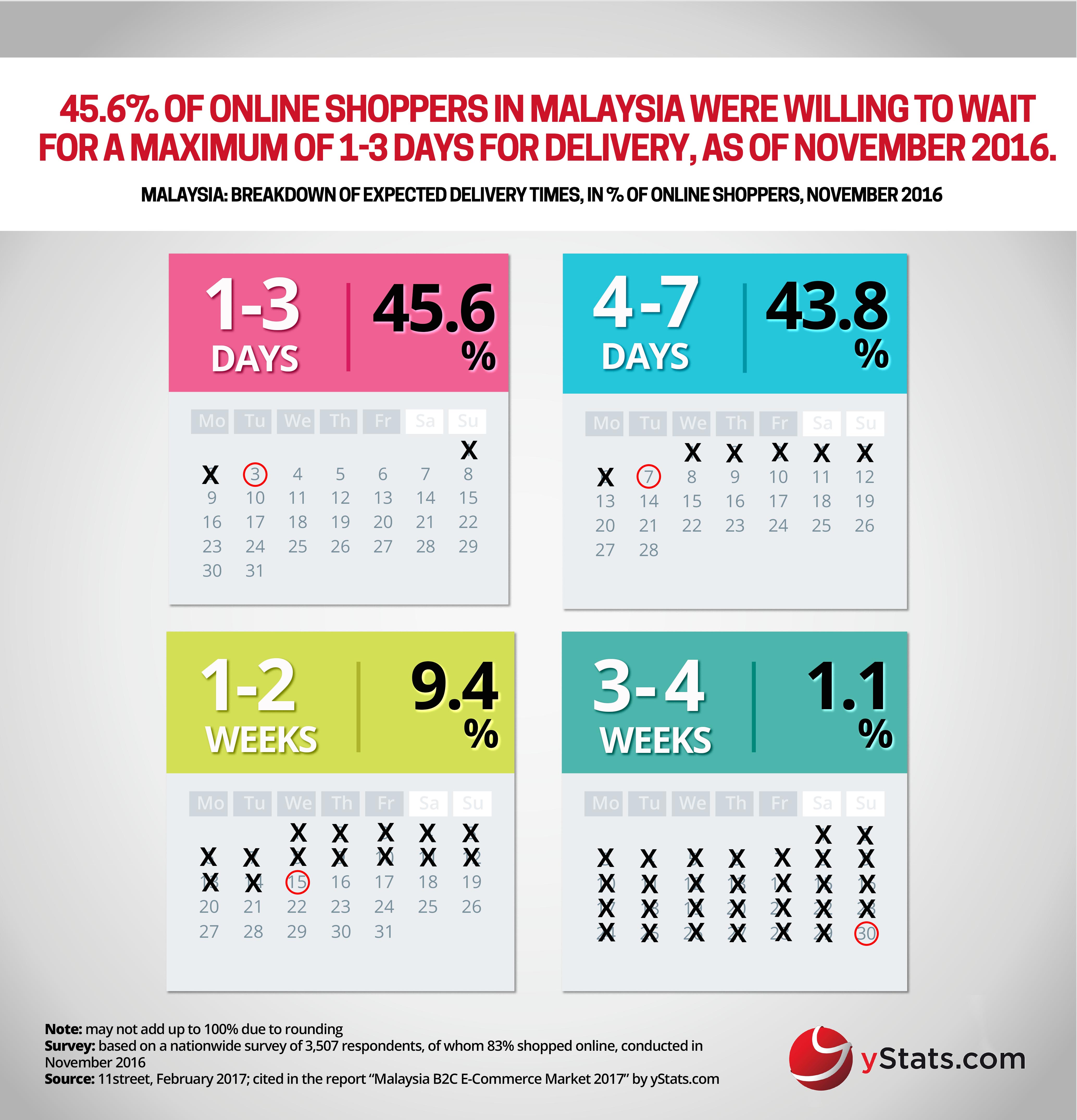 Besides the government-backed E-Commerce development projects, other factors encouraging the growth of online retail in Malaysia are the ready infrastructure and favorable demographics. Malaysia’s Internet penetration is one of the highest in the region and about one-third of Internet users make purchases online. More than 50% of online shoppers in Malaysia are less than 29 years old, so the continued maturity and wealth growth of those presently in this demographic augers well for the increase of E-Commerce. The product category with the largest share of E-Commerce sales in 2016 was clothing and footwear. Other key market facts cited in the yStats.com’s publication include a ranking of top payment methods used in E-Commerce and a breakdown of customer expectations regarding delivery times.

The E-Commerce competition landscape in Malaysia is led by online marketplaces. Lazada.com.my and 11street.my were the most visited B2C E-Commerce websites in the country in February 2017, according to a ranking included in this report by yStats.com. Both companies aim to attract more third-party sellers to their platforms during 2017. Another major B2C E-Commerce player, online clothing retailer Zalora opened a new fulfillment center in Malaysia in early 2017. Furthermore, online classifieds portal Mudah is also a popular destination for browsing products to buy, with two-thirds of visitors to its website coming from mobile.