Indonesia is the fastest growing E-Commerce market in Southeast Asia, a new report from yStats.com reveals

yStats.com, Germany-based secondary market research company specializing in market intelligence on global E-Commerce, has released a new report titled “Indonesia B2C E-Commerce Market 2017”. This publication cites key market statistics, trends and forecasts related to Indonesian online retail and reveals among other findings that this country is the largest and the fastest growing E-Commerce market in the Southeast Asia region.

E-Commerce in Indonesia is nascent, but developing fast. This report from yStats.com reveals that despite ranking low on Internet and online retail penetration rates, Indonesia’s E-Commerce market is already the largest in the region, owing to its large population size. The spread of Internet penetration, mobile connectivity, favorable demographics and economic growth are among the factors contributing to online retail development in this country, while infrastructure needs to be improved in order for the market to live up to its full potential. 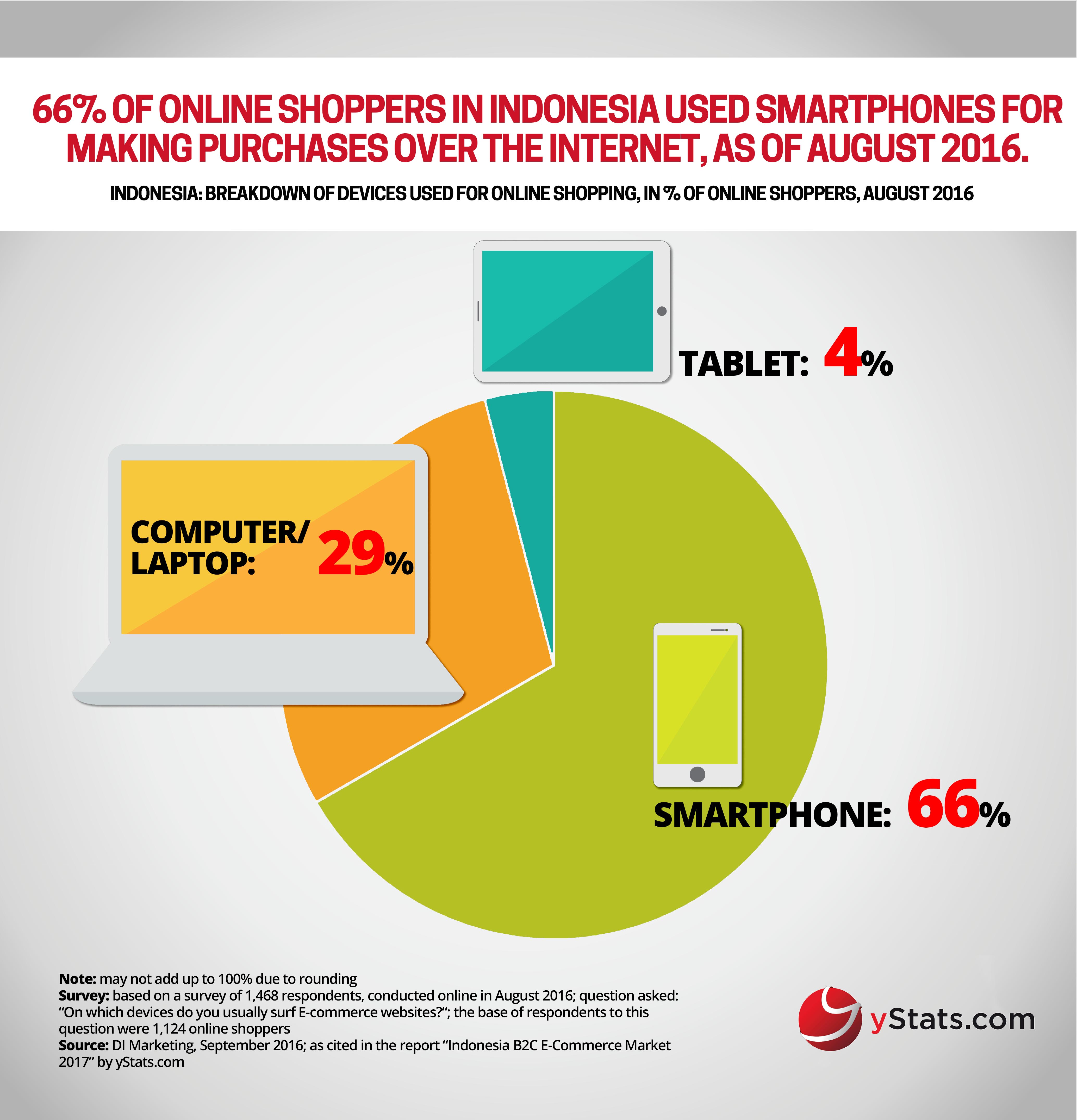 The number of Internet users in Indonesia has been growing exponentially, with some statistics cited in yStats.com’s report ranking this country number one worldwide by Internet usage growth pace. Consumers are embracing mobile connected technology first: smartphones were the top devices to access the Internet and make purchases online in 2016. Another important trend is the strength of social commerce, with more than 50% of Internet users surveyed in 2016 recognizing Facebook as a platform not only to socialize, but also to buy and sell goods.

Multiple projections cited in this report by yStats.com convey expectation of strong double-digit growth rate of E-Commerce sales in Indonesia over the next several years, outpacing other markets in this emerging region. The bourgeoning market opportunity has helped some of the top E-Commerce market players in Indonesia such as Lazada, Tokopedia, Elevania and MatahariMall to attract significant amounts of investment over the past several years and competition has intensified.