India is one of the fastest growing B2C E-Commerce markets in Asia-Pacific, says new report from yStats.com

Germany-based secondary market research firm yStats.com has released a new report titled “India B2C E-Commerce Market 2019”. The report summarizes the key trends, cites projections for the market and unravels the current challenges to further expansion. Among the key findings of the report is the growing importance of mobile shopping in smaller cities and rural areas. The publication also discusses the fierce competition on the retail E-Commerce market scene in India.

B2C E-Commerce currently accounts for low one digit percentage of India’s overall retail sales, but it is expected to grow to low double digit value by 2026. At the end of last year, about four in ten of the Indian population was online. However, less than 60% of Internet users can enjoy the service regularly without disruptions, according to a source cited in the yStats.com publication. Nevertheless, the share of Internet users making purchases is growing, projected to rise from a low double digit figure in 2018 to more than one-half by 2027. Furthermore, with the growing smartphone user penetration, M-Commerce is set to become the principal way to shop online in the country.

By 2026, the overall Internet penetration rate in India is forecasted to reach over sixty percent of the population, according to a source cited in the yStats.com report. However, Internet connectivity in India varies significantly between urban and rural areas. Furthermore, smaller cities and rural areas are expected to supply most of the new Internet users, online shoppers and spending power in the near future. The number of Tier-II online shoppers is predicted to grow exponentially by the end of this decade, according to a source cited in the yStats.com publication. 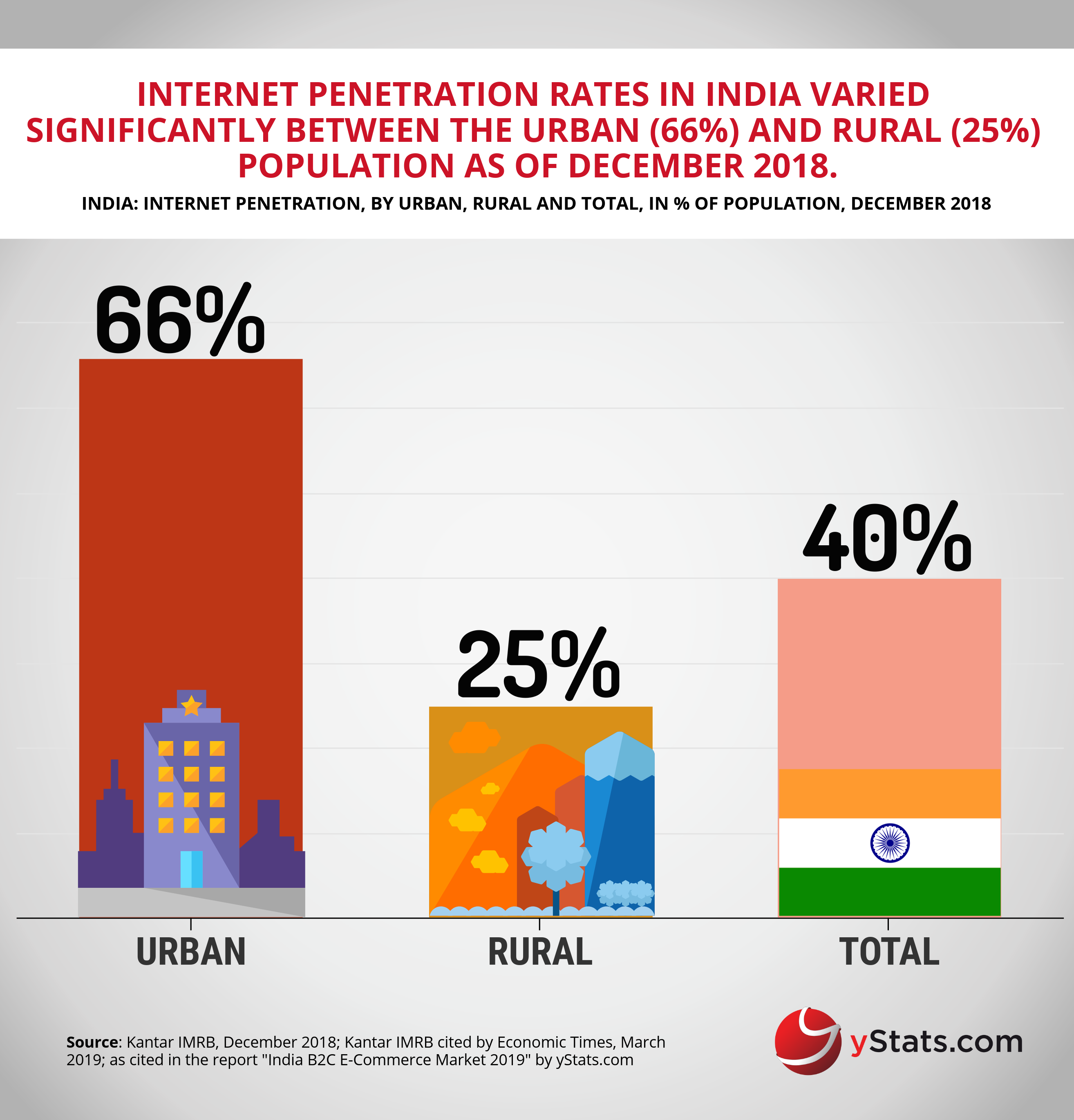 According to a source cited by the yStats.com report, Amazon was the leading company in terms of online sales in India in 2018, closely followed by Walmart-owned Flipkart. However, the forecasts for 2023 put Flipkart ahead of Amazon. These two giants are fighting over the leadership in India, trying to improve the user-friendliness of their services and pumping money in new investments. Also, the competition is fierce on the payment scene, with Paytm, PhonePe and MobiKwik, among others, fighting for their slice of the payment cake. The China-based E-Commerce giant Alibaba.com, who is also known as the investor in start-ups like Zomato, Paytm, Paytm Mall, BigBasket and Xpressbees, recently decided to hit the pause button on further investments in India to focus on its existing portfolio.