“Global Mobile Payment Methods: Full Year 2017” has been released by Germany-based secondary market research firm yStats.com. The report provides strategic insights into the development of mobile payments in over 30 countries and all global regions, pointing to their rapid growth.

Despite the lingering reservations about the security of digital payment methods, consumers worldwide increasingly use their mobile devices to make payments for goods and services. The pacesetters of this trend are shoppers in the Asia-Pacific region, most of all China. According to the yStats.com report, more than two-thirds of consumers in this country who are connected to the mobile Internet also use mobile payment services, such as Alipay and WeChat Pay. Another mobile payment leader in Asia is South Korea, where tens of millions of dollars are exchanged via mobile on a daily basis.

Behind Asia-Pacific, Latin America is the second leading region in terms of mobile payment adoption by Internet users, closely followed by the Middle East and Africa, according to a ranking revealed in the yStats.com report. In Europe, the acceptance of mobile payment adoption varies widely by country, but overall shows positive dynamics as well. The Old Continent’s leading countries by mobile payment usage in-store are the UK and the Nordics, according to the 2018 estimates cited in the yStats.com report. 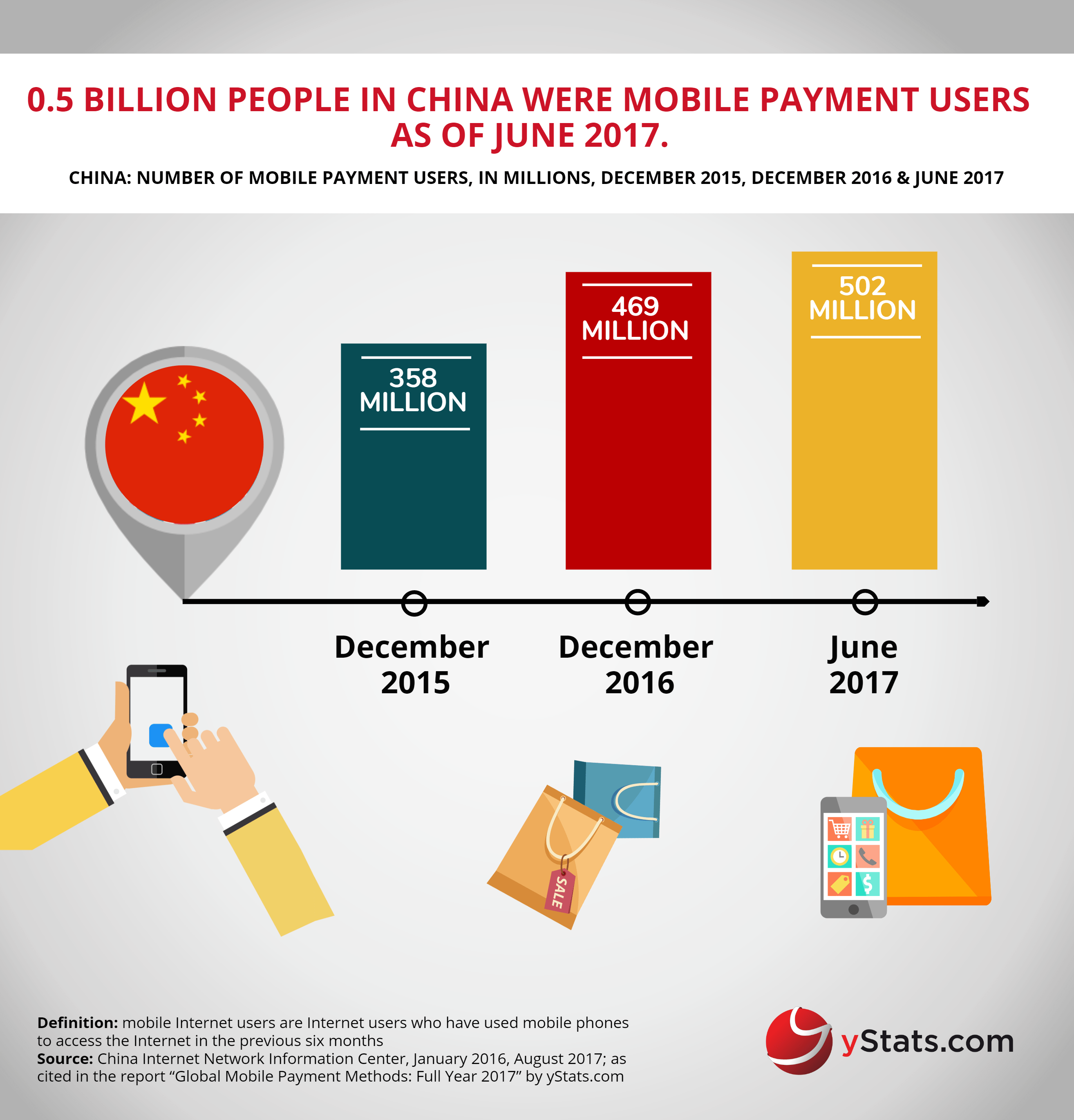 Furthermore, the use of Apple Pay and the like is growing in the U.S. and Canada, where retailers such as Walmart have joined the mobile payment boom by launching their own mobile wallets.