“Europe Cross-Border B2C E-Commerce 2017” is the title of the new publication by Hamburg-based E-Commerce and Online Payment market research specialist yStats.com. The report reveals key trends and perspectives of cross-border online retail in this region, citing multiple market statistics, forecasts and consumer surveys. One of the key findings of the report is the development of a strong intra-regional cross-border E-Commerce trend, as many online shoppers in Europe buy from countries in the same region.

Europe is the second largest B2C E-Commerce market worldwide, behind Asia-Pacific, and also one of the leaders of cross-border online retail trade. By 2020, cross-border B2C E-Commerce sales in Europe are projected to rise by double-digit figures, with Eastern Europe outpacing Western Europe in terms of growth rate, but lagging behind by market size, according to a forecast cited in yStats.com’s market report. Several European countries, such as Portugal, Ireland and Belgium rank among the top countries worldwide by share of online shoppers buying cross-border. 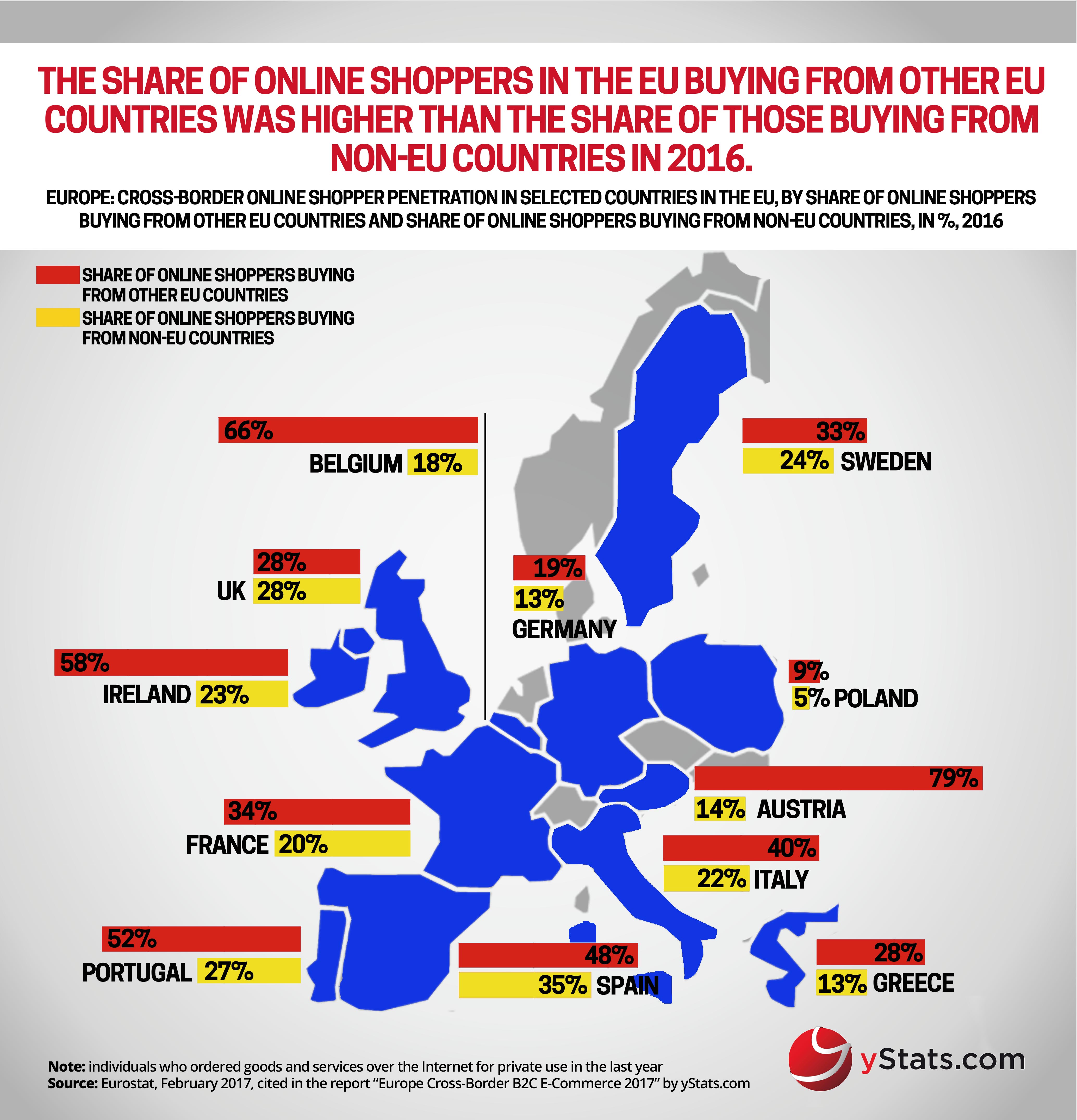 An important trend revealed in the yStats.com report is the preference of many online shoppers in Europe for buying from other European countries rather than from outside of their region. This is especially the case for the EU member states, with the share of online shoppers purchasing from other EU countries being more than 1.5 times higher than the share of those buying from non-EU countries. Several legislative initiatives announced by the European Commission in 2016 encourage this trend. The UK and Germany are cited as the top destinations for European cross-border shoppers, though China and the USA also rank among the favorites.

Not being an EU member state, Russia does not follow exactly the same trend, though it also shows double-digit growth rates in cross-border E-Commerce imports, according to market data cited by yStas.com. More than half of cross-border online spending an even higher share of number of purchases by consumers in Russia are made on Chinese E-Commerce websites. EU countries collectively rank second in both terms.