Germany-based secondary market research specialist yStats.com has published a new report about the fast growing online retail market in China. Among the findings revealed in “China B2C E-Commerce Market 2015” is that the growth rates, though still high, are predicted to slow down. In search of further growth potential, China’s E-Commerce leaders such as Alibaba Group and JD.com are expanding to rural areas where the online shopping trend is only starting to evolve.

Due to its rapid growth in recent years and its vast population, China has become one of the global leaders in B2C E-Commerce. Among the emerging BRIC countries, China’s average triple-digit growth rate in five years to 2014 was the highest, though the less advanced market in India is predicted to overtake the leadership by growth for the next several years. Over 300 million people, more than half of all Internet users, already make purchases online in China. This number is likely to rise further, as Internet penetration in China was close to just 50% of population in 2014, less than in Russia or Brazil and significantly below the advanced Asian markets, such as Japan and South Korea. 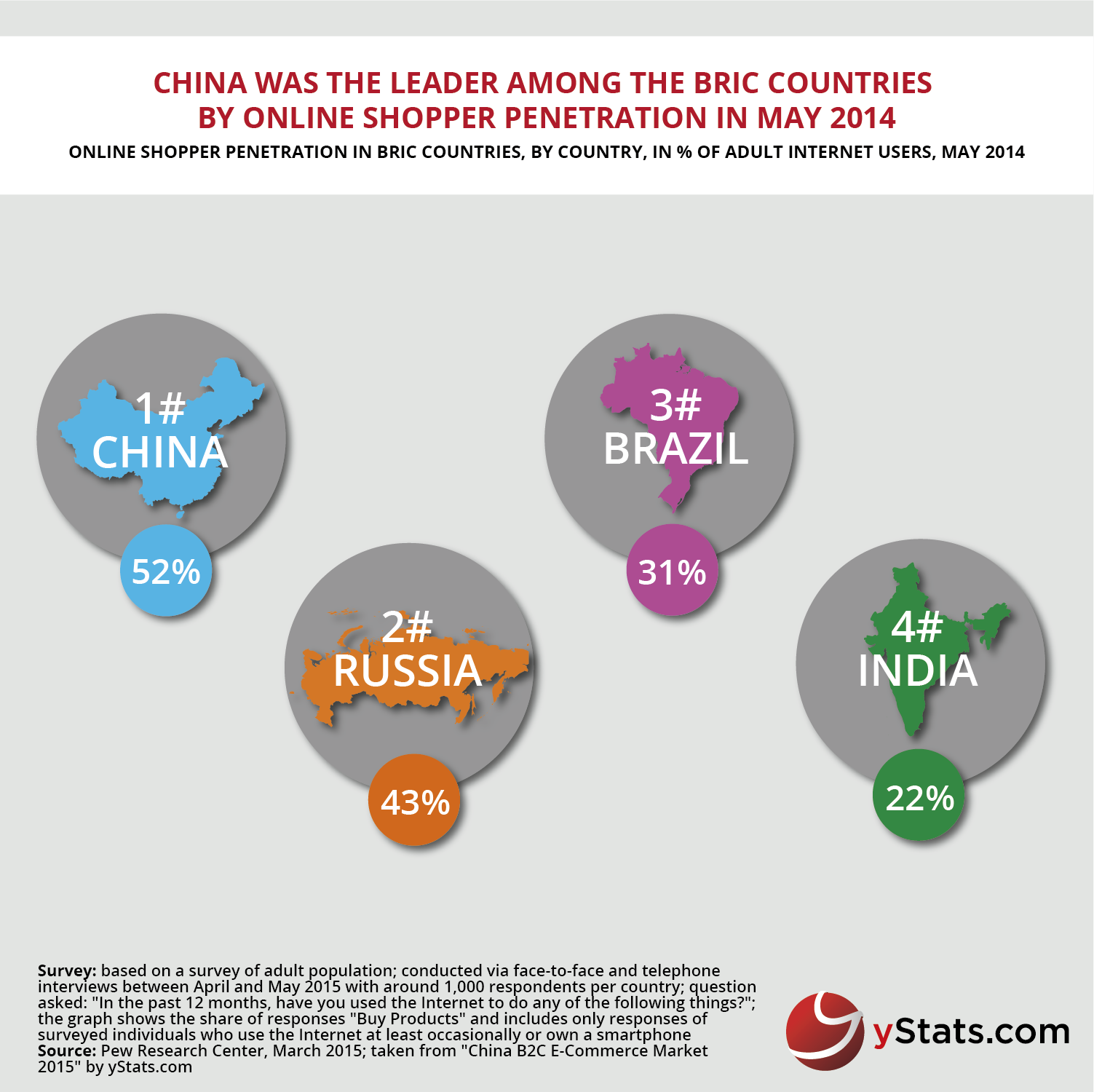 The highest potential for growth of online retail in China is reported to be in rural areas and small villages. Major E-Commerce companies are already expanding their logistics and delivery services to cover these regions. Another important trend is proliferation of mobile commerce, which accounted for around one third of total online retail sales in China in 2014 and is predicted to increase its share further. Moreover, cross-border E-Commerce imports to China are growing, heating the interest of international players.

The B2C E-Commerce market in China is dominated by domestic companies. Two players, Alibaba Group which operates B2C marketplace Tmall among other E-Commerce businesses and online retailer JD.com each held an international IPO in 2014 and are actively expanding in China, as well as on the international markets through their cross-border platforms. Meanwhile, a number of smaller niche players have been backed up by investment capital, such as group buying websites Meituan and Dianping and online food delivery service Ele.me. Competition in B2C E-Commerce also intensifies, as foreign players such as US-based Amazon and Walmart enhance their efforts in China.